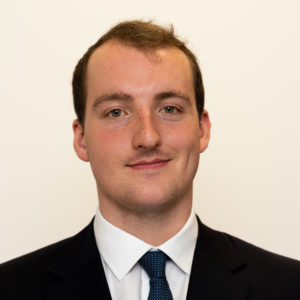 BearingPoint is always looking at ways to innovate and make sure they’re leading the way when it comes to new technologies. They’re open to new ideas and it doesn’t matter who it comes from. We’re all on equal footing here

I started in BearingPoint as an intern.  I spent over six months in the company. I was put on a project where I mainly worked in Java and SQL, but I was exposed to some front-end development (which I had no experience in).  I learned a lot over those few months.  I really enjoyed my time in the company and that was one of the main reasons I returned once I finished my masters.

When I came back, I started in the company as a Technology Analyst for the Production Support team which works on a large Government project that BearingPoint is contracted with.  My main role was to fix issues in the system that arose. I mainly worked on C# and SQL.

I’ve recently moved to another project where I’m working in a small team and I am one of the main developers.  I’ve been given more responsibility and trust in my work, making sure it’s completed and tested within the given deadlines.  This has been a great opportunity for me to gain the skills I need to succeed in the software development field.

My day always starts with me on a bike, commuting to work.  Getting around Dublin is a breeze and it’s also a bit of exercise which doesn’t feel too much like exercise.  Though on a rainy day, it’s not the most attractive mode of transportation.

Once I arrive at the office, I normally catch up on any emails or finish off any work I’m doing before the morning meeting.  Then at lunch I’ll take my daily walk about.  Depending on where I’m located (in the office or on client site), there’s always something new to see.  It’s great to take a break to enjoy the fresh air (especially during the winter months).

The days will also involve other activities such as internal BearingPoint work or some training (there is so much to get involved in, deciding is the hardest part!).

When I’m not working, I usually try to fill my evenings and weekends with some form of activity.  During the week that’ll mean some form of exercise, be that bouldering or going for a run.  At the weekend I might catch a film or meet up with friends.  There’s always something interesting going on in Dublin so I’m always looking out for something new.

BearingPoint is a really great place to work for new graduates and seasoned employees alike.  Due to the nature of the work the company is involved with, there are always opportunities to work on something new.  The company is always looking at ways to innovate and make sure they’re leading the way when it comes to new technologies.  They’re open to new ideas and it doesn’t matter who it comes from.  We’re all on equal footing here.

There’s a great attitude towards learning in the company.  There is a genuine focus on  developing skills and they give you the resources to do that.  I don’t think many companies encourage  learning and development as much as BearingPoint does.