What I’m working on – Naomi

Naomi is a Senior Technology Consultant with BearingPoint. She’s currently working on a large public service project. We asked Naomi about getting started in her technology career and about her experiences in and outside of BearingPoint.

What inspired you to apply at BearingPoint?

A couple of things, really, the first being my dad’s career advice. I don’t like to admit it, but he does occasionally give good advice! BearingPoint is very well established in Ireland with a broad range of clients across multiple sectors. He suggested that compared to other companies, BearingPoint would likely provide better job security and opportunities for career growth. He was right, but I won’t be telling him that!

The recruitment team were also amazing to deal with and did a great job taking time to walk me through the role and what it entailed as well as benefits etc. They were very professional, accommodating with interview times and quick to respond.

Have you developed as a person since moving to BearingPoint?

I’m happy to say that I’ve experienced both personal and professional growth since joining BearingPoint. I’ve had so many interesting opportunities over the past few years that I couldn’t possibly list them all. I’ve been involved in recruitment fairs for graduates and visiting my old college to present on behalf of BearingPoint. I’ve even organised a family-fun day for BearingPoint employees and their children. This was on a sunny day with bouncy castles, an ice-cream van, kid’s sports competitions, medals and appearances from some Leinster Rugby players. I’ve also been involved in an annual city 5 km run for charity a couple of times.

BearingPoint sent me on their famous BE School training. This is an intensive week of consulting training shrouded in mystery that takes place in Berlin. You typically attend this in your first six months of joining and it’s a great way to learn more about the company and meet people from the other offices. I don’t think I’ve ever been as tired as I was after this week, but it was an experience I’ll never forget!

“The group in Dublin that I went to BE School with were a great laugh and we still get together for drinks and do a Secret Santa at Christmas. We even did a “Quaran-Kindle” where we order gifts online to send to each other.

I was lucky to get to participate in BearingPoint’s Female Leadership training program, which was also held in Berlin. This is a specially designed program that puts many female issues on the agenda such as working in a male-dominated environment, gender differences in leadership, differences in gender attitudes, using the Myers Briggs Type Indicator for personal and professional development, negotiation skills, the importance of networking and strategic alliances.

A typical day is different for everyone and depends on the client, the project you are working on and your role in the company. I’m a Senior Technology Consultant, and my role is a Release Engineer on a large public service project, probably one of the largest .NET projects in the country.

There’s a great team spirit, especially on live release night when we’re rewarded for our hard work with pizza!

How would you describe the culture at BearingPoint?

I would describe the culture as being very friendly. The people are great, and everyone is helpful and approachable and this is obvious as soon as a new person starts, everyone keeps an eye on them and helps them to find their feet.

The Sports and Social Club is brilliant, the committee is always coming up with new and exciting activities. It’s a great way of trying out things you normally wouldn’t do and catch up with people you haven’t seen in a while. We’ve gone go-karting, clay-pigeon shooting, alpaca-trekking, played pool, had painting classes, gone to musicals and plays. Even during the lockdown, there are remote activities taking place like quizzes and drag bingo.

When you’re not working what do you do for fun?

I enjoy wood-turning and woodwork and have made some wooden bowls, pens, lamps etc. I bought a house last year and enjoy making the garden look pretty and doing various DIY projects around the house. For example, I built a “catio”, a sort of cat patio for my cat. 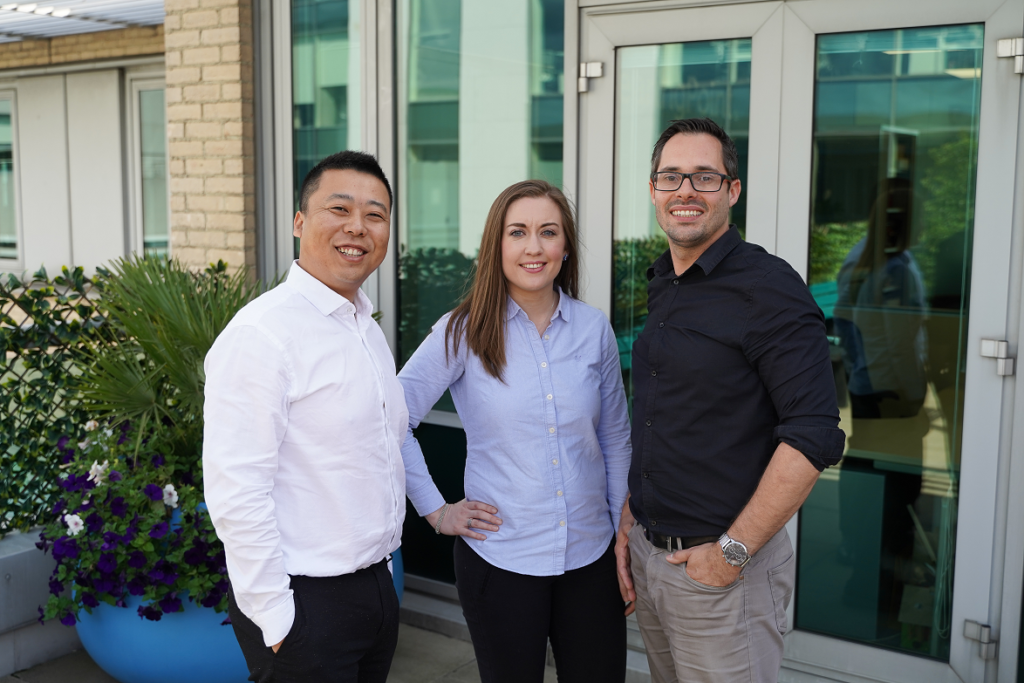 If you’re interested in a career with BearingPoint, you can view our open roles page or get in touch with us by contacting recruiter@bearingpointcareers.ie.