BearingPoint proud to be in #EricsCorner

BearingPoint is proud to support Eric Donovan as he steps back into the boxing ring to face Zelfra Barrett in London on August 14th. Eric ‘Lilywhite Lightning’ Donovan is the current BUI Irish National Featherweight Champion. The upcoming bout with Barrett represents the biggest opportunity of the Athy native’s professional career to date.

BearingPoint staff have been joining Donovan for twice-weekly virtual fitness classes held since March of this year. The boxing-inspired fitness sessions are part of a company initiative to promote well-being among staff, the majority of whom are currently working home. The classes initially began as a six-week trial, but have since been extended due to high demand from staff in Dublin and also across the firm’s international presence.

When BearingPoint offered me the chance to work with their staff, I jumped at the opportunity and it turned out to be a great success. I was very lucky to work and train twice weekly for four months with an enthusiastic and energetic team who refused to let the lockdown stop them from staying fit and healthy.

When our team transitioned to working from home, we introduced a number of Health and Wellbeing initiatives and the live broadcast fitness sessions with Eric proved really popular.  The sessions were suited to all fitness levels and open to family members to join in.  Eric’s upbeat personality and energy were great motivators and drove increased fitness levels. Feedback from our local and international teams was really positive and we all wish Eric every success in his upcoming bout with Zelfra Barrett. 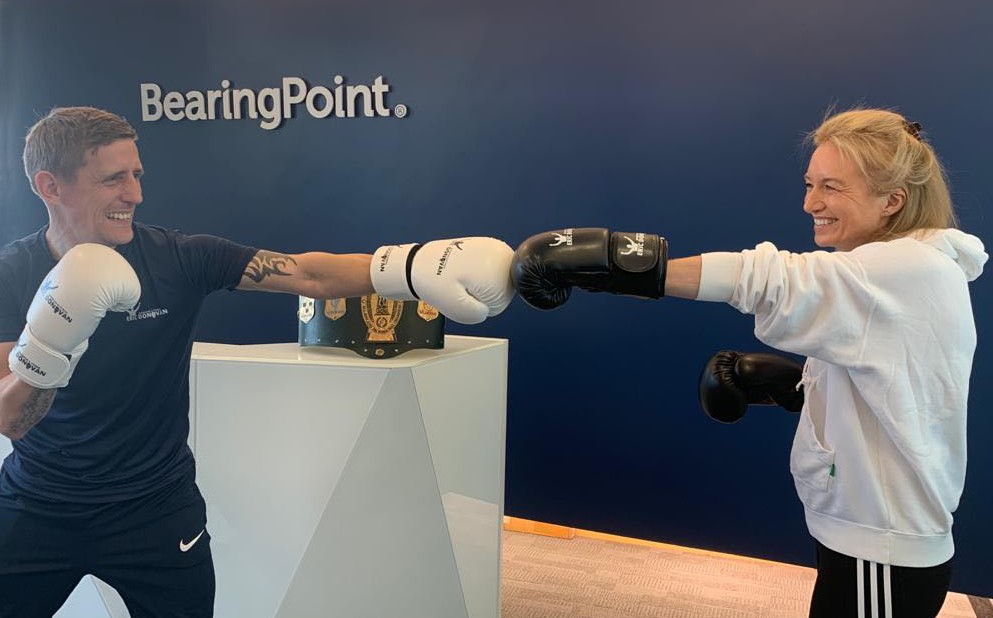