We are excited to announce that BearingPoint has signed a five-year deal to become Official Innovation Partners with Leinster Rugby. As part of the agreement, BearingPoint will provide digital transformation, technology implementation and consulting services across the Leinster Rugby organization, including the professional rugby commercial and operations departments, and both the men’s and women’s provincial and club games. 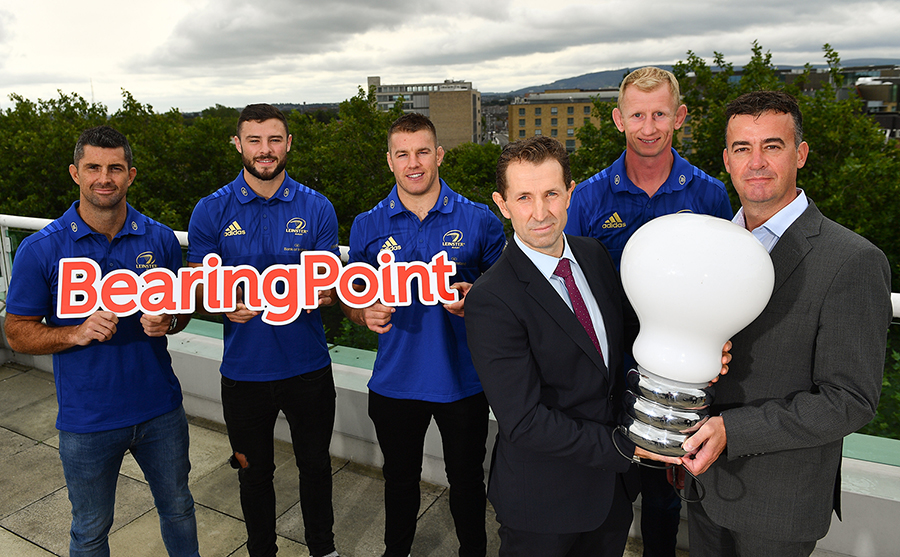 Leinster Rugby are one of the leading teams and most recognisable brands in the professional rugby club game worldwide.  They are the current holders of the European Champions Cup, having won the coveted trophy a joint record four times, and completed the double last season by also winning the PRO14 league.

The announcement was made during Leinster Rugby’s start of season press conference, held at BearingPoint’s Dublin office. Speaking at the announcement, Eric Conway, Partner and Country Leader of BearingPoint Ireland, said:

“Leinster Rugby have consistently excelled in recent years, winning both the European Champions Cup and the Guinness PRO14 last season, a historic double never before achieved by any PRO14 team. However, while achieving excellence is difficult, remaining at the top of your field is even more challenging. That’s why innovation is crucial to the continued success of any organisation. BearingPoint, with our track record in delivering results for our clients, and team-based values, is an ideal fit for Leinster Rugby.”

“There are a number of projects like the redevelopment of the RDS Arena that we are actively engaged with and partners like BearingPoint are a key part of the future of Leinster and what that future looks like.

“A future that puts innovation and the supporter experience at the heart of the match day experience but that also brings that technology to the very heart of our match day coaching and team preparations.“